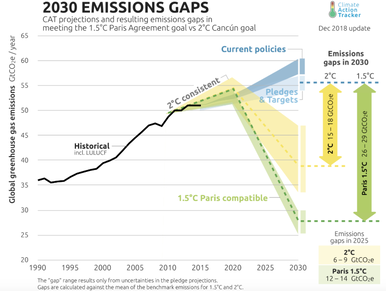 …Another Study Proves Wind and Solar Cost More..
The evidence keeps mounting that renewables are more expensive than coal or natural gas for generating electricity. Which is in addition to wind and PV solar being unreliable and intermittent.
Here is the headline from a recent study done by Sintef, one of Europe’s leading research organizations:
“Developing World: Cashflow analysis shows gas, coal far more profitable than clean energy.”
The author of the study used construction costs in developing countries that were lower than in Europe or the United States, while maintaining the price of electricity constant at 6 cents per kWh to remove that variable from the calculation.
He also noted, “Despite the lower capital costs, electricity prices are similar, resulting in higher returns on investment.” And, that higher rates of return are needed to incentivize investment in developing countries.
Here are the capital costs used in the study for each source:Listed below are the resulting annualized rates of return for each of the sources.Note that coal and natural gas both have ROIs twice those of wind and solar.
The study also concluded that the cost of integrating wind and solar into the local grid would significantly reduce the ROIs for wind and PV solar, so thatthe ROI for wind would be nearly negative, at 0.7%, while the ROI for PV solar would be a negative, -3.1%.
(Integration costs included new transmission lines to bring wind and PV solar generated electricity to where it can be used.)
The study concluded:
“Thermal power generation (especially coal) still easily outcompetes clean energy in the developing world on economics alone.”
Add to that the fact that wind and solar are unreliable.

Climate Action Tracker from Sintef website
The genesis for the study was to determine the effect of varying prices for CO2.
Being part of the EU, Sintef is bound to promote renewables so as to reduce CO2 emissions, as shown by the accompanying chart.
This is why the results of this study are so remarkable and important.
The study arrives at the following damning conclusion:
“Growth [in wind and PV solar] will not even come close to achieving the CO2 trajectories recommended by climate science.”
This is only one of a number of studies that have proven that electricity produced by wind and PV solar are more expensive than electricity produced from coal or natural gas. See, Worldwide Costs for Power Generation,and also, Boring, But Important LCOEs
The fundamental fact is that fossil fuels generate electricity at lower costs than do wind and PV solar.

What is the Duck Curve? By PredictEnergy Marketing | May 31, 2018
​The Duck Curve ExplainedIf you’ve heard of the Duck Curve, then you may be aware of the impact that Solar PV is having on California’s electrical grid.  However, if you’re not familiar with the term, you will be soon. Solar PV is a tremendous alternative and sustainable resource for electricity and already produces gigawatts of power every day. That’s fantastic, except, the production of solar energy happens when the sun shines. Which doesn’t necessarily coincide with our power consumption profile during the day.

In fact, Solar PV already generates more power than we can consume during certain times of day, especially during the spring time. Although solar irradiance is high, temperatures would be well below summertime peaks.  This mismatch in production vs consumption does an abrupt reversal as the sun sets, effectively shutting off our power supply while our demand for electricity is still high and rising.  If you visualize a graphical plot of the power required from the California Independent System Operator (CAISO) you see a shape resembling a duck’s back and head, the “Duck Curve”.
The power required from power generation plants balances against solar energy on the electrical grid. But, that can vary dramatically throughout the course of the day.  This forces CAISO to reduce power plant output and sometimes give power away to other states to keep things in check.  Then, as the sun sets, the pendulum swings the other direction and CAISO must scramble to bring power plant outputs up to maximum quickly as the solar energy drops rapidly with the setting sun. What aggravates the situation is the timing of people using their appliances and increasing power demand from the utilities.  As more solar is added to the grid, the situation worsens.
The Duck Curve will continue to be a growing problem with additional Solar PV installations. 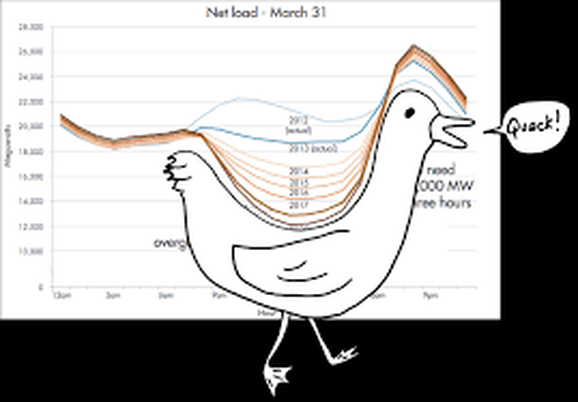 ​Here’s a photograph of Jessie Tarbox Beals, America’s first female photojournalist, with her camera on a street a century ago. While most female photographers of her time shot photos from the peace and safety of photo studios, Beals ventured into the world of photojournalism and made a name for herself through her tenacity, self-promotion, and freelance news photos.
TVCM/TVTP Release Form click here
Proudly powered by Weebly